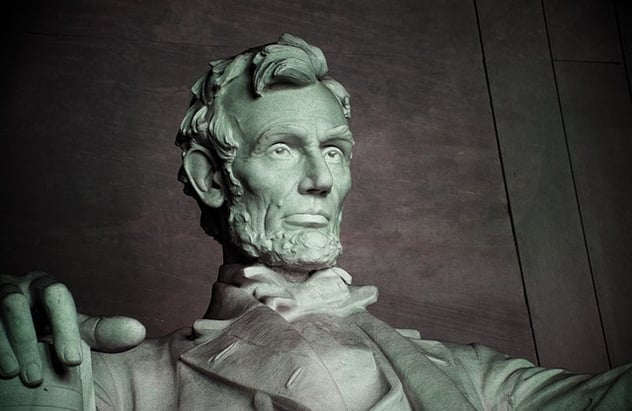 What do all of these people have in common?

They’re all great leaders. Great leaders have the power to inspire, to organize and to generally make things more awesome. And as a race director, YOU are the leader for your race.

But what takes a leader from “meh” to “great”? What are some of the characteristics of a great leader (and why do you need them to throw an awesome race)?

Characteristic numero uno that you need to embody to be a great leader is flexibility. Because as the old saying goes, “the best laid plans of mice and men often go awry” (or, as I prefer, “give it enough time and sh*t can and WILL hit the fan”) , and in the race world, you can bet your favorite pair of Brooks that things are going to change all the time. And to be a great leader (and throw an awesome race in the process), you need to be flexible and adapt to those changes as they come. Because insisting that your race website is “working just fine” (even though your support volume is through the roof with easy-to-answer questions) because you don’t want to admit that your design needs to be retooled? Or insist you don’t need to think about an event cancellation even though a freak monsoon is flooding the streets? News flash: That kind of rigidity is NOT going to help you throw an awesome event.

So bust out your best yoga moves and practice some flexibility, k?

The attitude and overall feeling of a race has a trickle effect; it starts from the top (i.e. from you, the leader), then trickles down through your team and eventually ends up raining right down on your athletes. If you’re a positive leader and foster a culture of positivity with your team and your event, then it’s basically like you’re raining sunshine on your athletes. But if you’re basically the race director version of Eeyore and walk around in a gray cloud of melancholy and sadness, you’re going to bring your athletes right down with you.

Being a positive leader and setting a standard of positivity is going to make for an awesome race experience for you, your team AND your athletes.

If you think you have to be the person to design your race registration website, answer customer service emails, manage social media, pass out flyers for your event AND handle the 10,567,123 things that need to get done for your race to be a hit, you’re wrong (seriously… when do you sleep?!). One of the most powerful secrets to being a great leader is that you DON’T have to do everything yourself. In fact, you SHOULDN’T do everything yourself. Delegation is KEY to throwing an awesome race.

Delegating out tasks to your team not only allows you to get things off of your plate (and save you from psychosis), but it also allows you to give tasks to the experts on your team (like your social media manager or graphic design partner) that will totally knock it out of the park, which is going to elevate your race to a whole new level of awesome.

Look, even if you have the best team in the world to delegate things to, if they’re terrified to ask you a question or send you an email, you’re not going to get very far. The best leaders make it easy for their team to approach them with questions, concerns, feedback and input.

Let your team know that your door is always open. And then, when they come to you with an idea, actually HAVE that door open. Being approachable and welcoming is key to your team’s happiness and success, which is key to throwing an awesome race.

Now that you've got some of the characteristics of a great leader in your back pocket, go forth, channel your inner Red Power Ranger and lead your race to awesomeness.