Two of my favorite things that move are bikes and trains. So I was pretty excited when I learned about the Front Runner Century that allows cyclists to enjoy a supported ride from Salt Lake City to Ogden, Utah. Upon finishing the ride, the cyclists return by the Front Runner train while their bikes are safely transported back to the start. The ride is a metric century (100k / 62 miles) with just 672' of climbing. That makes it a nice springtime ride. And nearly 1000 riders agree! 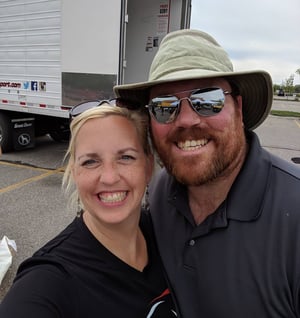 The ride is put on by Matt and Robyn Storms under For the Win Racing, Inc. For them, it's a labor of love. They don't take a penny from the ride, but get their payment in happy riders and healthy contributions to the Crohn's and Colitis Foundation and to recreation programs for the nearby US Air Force base and U.S. Naval Reserves.

We talked with the race founder and director, Matt Storms, about what goes into this ride. It began in 2011 with 220 riders and is on track (get that...trains...on track?) to hit the cap of 1000 riders this year.

Where did the idea for this ride originate?

I moved to Utah after seven years in the Navy, and as a cyclist I thought "wouldn't it be cool to have my own ride?" So I got a credit card and maxed it out to put the first ride together in 2011 (first ad shown below). That year we had it the first weekend of April, which ended up with rain and sleet. After that we moved it to the first weekend in May, which made a big difference in conditions. 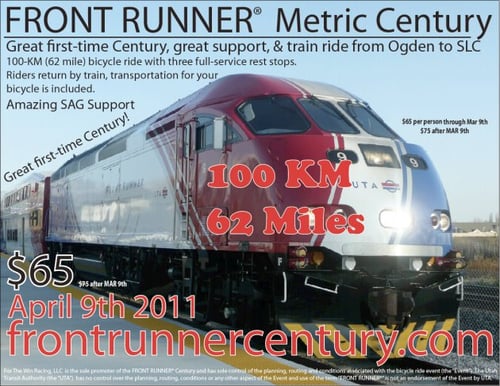 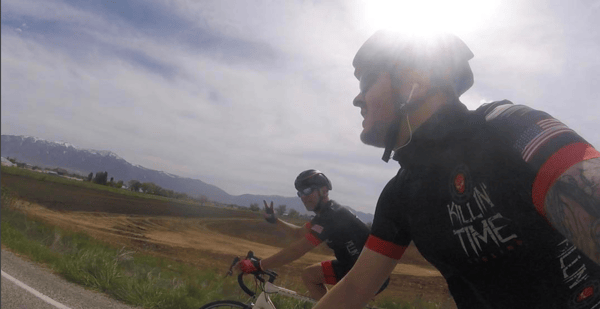 What is your own cycling / sports background?

I had been stationed in Japan for the military, and after that I found myself living where it was really boring and there was nothing to do. So I took up cycling. Let's just say I consider myself more of a "flat road to descent" type of cyclist.

How do the logistics with the train work out? How do you transport the bikes?

The train leaves Ogden at 7 minutes after every hour. Since our cyclists ride at different speeds, and take different amounts of time at the aid stations, they are pretty well spaced out and the train can accommodate them. (Blurry pic but fun to see the happy cyclists inside the train.) 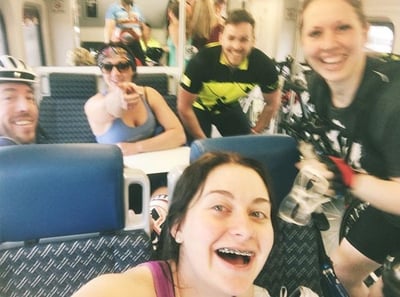 I asked about how the bikes are moved. I just got a new bike so it was foremost on my mind!

We get five semi-trucks and we treat each bike like our own. (From a side conversation I could tell Matt loved his bike a lot, so I really believe him on this.) We wrap every-other bike in a blanket, so there is a blanket between any two bikes. We have never had an issue with transport. 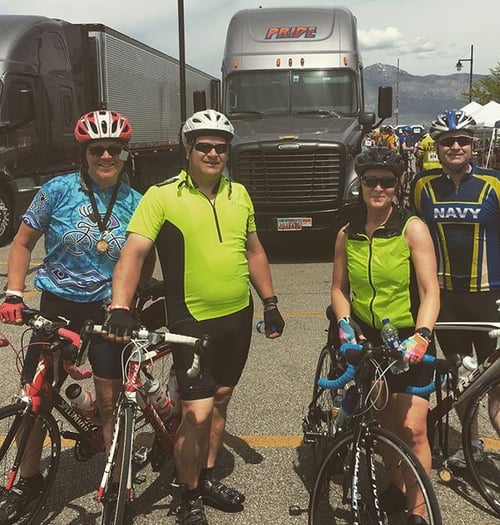 I understand you and Robyn don't pay yourselves as Race Directors. Where do the profits go?

Our primary charity is the Crohns and Colitis Foundation. My brother lives with that disease. A portion also goes to support recreation programs for the active duty and reserve Air Force personnel at Hill Air Force Base and for the Navy Reserve in Salt Lake City. In turn they serve as the core of our volunteer base! It's a win-win. 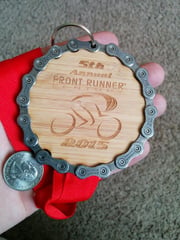 Your participant numbers have gone up steadily every year. What brings them back (with friends!) each year?

For one thing, we have amazing aid stations that are so well stocked that we have lots left over. The last riders get the same aid station experience as the first - and in fact, we ensure that the last riders get the same finish line experience too. We also give out high quality shirts and unique medals. We do random giveaways at packet pickup and it's things like pedals, bottle cages, a wheel set, and even a bike. The route is fantastic and the train ride is enjoyable!

You've been with imATHLETE since 2011. What do you like best about it?

It's easy to use, simple, and clean, I like the reporting! (We'll take this as quite the compliment coming from the Senior SEO Manager for Viator.com, a TripAdvisor Company. And hey we are doing some upcoming blog posts on reporting so stay tuned for those!)

Lastly, we can't resist this photo from 2016 with the Storm's son lending a hand two years ago. It really is a family affair! 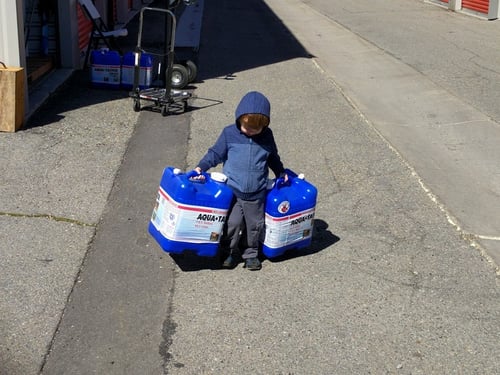 Registration for the Front Runner Century will open on Christmas Day (that would be an awfully cool gift!).

Reg OPEN for Data Insight Series No. 4: Discount Codes: Are you doing it wrong?