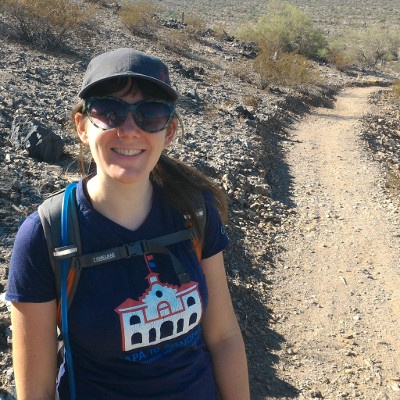 One of the beautiful things about technology is its versatility. Think about it. You can use it to send out a custom email to thousands (or millions!) of people in the blink of an eye. Or keep thousands of airplanes in the sky without crashing into each other. Or enhance and inspire athletic participation. (I'm sure it would surprise you to hear that that last one is one of my favorites. No offense to emails or airplanes.)

So when I first heard about the Facebook group the good folks over at Twin Cities In Motion created to enhance the race experience for their first time marathoners, I got really excited. Like quivering chihuahua excited.

I reached out to Vanessa Graetz, the Online Engagement Manager at Twin Cities In Motion, for the inside scoop on their first timers program.

The Medtronic Twin Cities Marathon celebrated its 35th anniversary this year. The three-day event saw over 30,000 runners cross the finish line in 2016, and nearly 30% of those who registered for the marathon were competing in their very first marathon.

Those are no small numbers, and I imagine an event doesn’t grow this large and keep on going for 35 years without spending a good amount of time thinking about the athlete experience. They probably ask themselves questions like, “how can we improve the first time marathoner’s race experience?” And then, eureka! They come up with something brilliant like the Medtronic Twin Cities Marathon–Class of 2016 Facebook group.

This is an invitation-only private Facebook group that was created for the sole purpose of allowing first time Twin Cities marathoners to interact, share ideas, and otherwise support, encourage, and motivate each other.

This idea grew into a 750+ member community that took on a life of its own doing all of the above (see also: blowing the organizers’ expectations out of the water).

What’s more, a bunch of folks from the group got together after the marathon was said and done at a local restaurant to recap the race and connect in person.

This has got to be the very definition of enhancing and inspiring athletic participation.

What Did the Runners Have to Say?

But don’t take my word for it. Check out what some of the group’s members had to say:

“Oh my gosh, this was the best thing ever created. Initially I was reluctant to join because I assumed it would be people posting about how well they were doing and I didn't want to feel like I was really struggling. I couldn't have been more wrong. This group's posts and advice were absolutely the reason why this marathon was an experience I don't have words for. I felt I was running among friends. But more than that, the ability to connect with people in the exact same situation to me was priceless; I didn't have to talk to my non-running friends and family about my training much. This group was so supportive and uplifting - they had me laughing out loud at times, and tears ran down my face at others. While I would have done the marathon if this group never existed, I just can't say enough how important it was to have the people in the group in my life at that time. And it still continues, which is super cool.”

“I can't imagine what this experience would have been like without it. A TOTAL game changer! The support, advice, etc that were given in this group was amazing. I ran the marathon by myself and don't have many runner friends - it was awesome to have people to ask questions, learn from, etc.”

There's no question that this group was a huge success. But how did Vanessa and her team make this happen? The answer is planning and technology (you probably saw that coming).

Several pieces of technology came into play in developing the first timers community. Some of the key components:

I asked Vanessa if she had any advice for folks who were thinking about setting up something similar for their own event. She recommended a few things:

A huge thank you to Vanessa for taking the time to share the nitty gritty details of the Medtronic Twin Cities Marathon–Class of 2016 along with major props for putting together such an inspiring program!